Nitrogen as a Fertilizer

Ancient cultures grew up around the river deltas like the Nile, Euphrates and Tigris and Indus. Outside these naturally fertilized areas, large and sustainable societies were hard to establish. The slash-and-burn technique was utilized since prehistoric times. In the pre-industrial times farmers were limited to using manure and organic waste as fertilizers.

The understanding of the role of nutrients in the growth mechanism of crops was explained and fully understood in 1840 by German chemist Justus von Liebig. The scientific proof of the mechanism was done with isotope tracing of the molecules in the 1965. Plants can only take up fully mineralized nutrients like NH3, NO3, PO4, SO4, etc.

The natural sources for nitrogen were mainly Chilean nitrates and the rapidly depleting deposits of guano. Until the early 20thcentury, the industrial production of nitrogen fertilizer came mainly from ammonia taken out as a by-product from coke production and made into ammonium sulfate. In 1898 Sir William Crook predicted also an exhaustion of the Chilean nitrates and the coming of a severe starvation around 1931.

To solve the nitrogen deficiency therefore became a challenge for the chemical industry, which was developing fast at this time. The solution several scientists in leading industrial countries were looking for was to take NO gas out of thin air by means of an electric arc. The electric arc was known to be able to “burn” the air and make NO gas, which could be further oxidized to NO2. 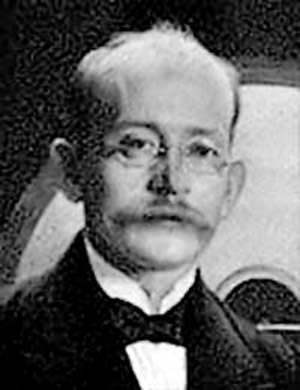 Birkeland and the Electric Arc

Kristian Olaf Birkeland (13 December 1867 – 15 June 1917) was a Norwegian scientist. He is best remembered as the person who first elucidated the nature of the Aurora borealis. In order to fund his research on the aurorae, he invented the electromagnetic cannon and the Birkeland-Eyde process of fixing nitrogen from the air. Birkeland was nominated for the Nobel Prize seven times.

Professor Birkeland was a multi-talented scientist and inventor, reaching from outer space down to ballistic weapons, food processing and mathematics. His ability to cross scientific borders and challenge the establishment gave him advantages and enemies. The British Royal Society never accepted his theories about the aurora borealis, and his entrepreneur partner in the development of the electric arc plasma generator, Samuel Eyde, interfered with his Nobel prize nominations.

Professor Birkeland was famous for his capability to do experiments, and his giant leaps forward when he was onto something. From the idea for the nitrogen fixation was conceived in 1903 till the first industrial production plant was established it took only two years.

This development was only possible through a combination of Professor Birkelands strongest sides: