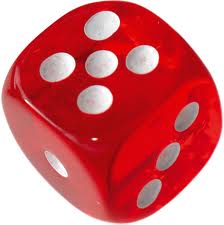 Overall score for the film “Fusionfarming in 90 seconds”: 5!

“Fusionfarming in 90 seconds” – do the cartoon twist and the teaser format of our webpage movie work?  We have passed the question on to approx. 30 of our friends and colleagues.  Below is a sample of  responses.

We launched the short video January 2nd – these are a few of the feedbacks we have received:

“Now I have seen the film again and again.   To comment I really should be better aware of who the target audiences are.    Probably not a female economist with limited knowledge of chemistry!     I very much appreciate the simplification and the cartoon twist.  The message is very easy to understand the first 25 seconds – and the last 25 seconds – the middle part is harder.  And I didn’t even know what “manure” in english meant!   The second view went better.  I was worried when I understood you had chosen music to accompany the message – we all know your music taste is not to be trusted!  But the “Brelett”- music mood works very well.  Simple, relaxing and just right.  All in all – an excellent teaser for what you are achieving!             B.E.     January 22nd 2013

“Actually – this was an excellent movie!  Chemistry is demanding for a lawyer, but this was quite understandable.  Congratulations also on good illustrations and light music.  Worked very well together!»     A.S.  January 10th 2013

“Thank you for the update!  Clear and precise message – very well presented.  This will have major and positive impact on society when you succeed!”     M.T.S.   January 16th 2013

“Thank you  – I have been waiting for this since June last year!   The film is nice, funny and catchy.  I will spend time over the weekend to study the rest of the webpage.  This must be really rewarding to work with!”     H.H.  January 17th 2013

«Some thoughts.  Overall:  Execellent execution.   Explains the concept very well.  Charming style and melody.  Improvement-potential:  A bit too much information in a short time.  Especially the parts in the middle where you see the chemical equations and hear “electric arc in plasma reactor”….  And I miss some seconds at the end explaining how a farmer can get started  – the cost, the ROI, how big will the machine be, how difficult to install and run?   But – as stated – the main impression is inspirering and exciting!”           K.K.    January 7th 2013

“You are creative!  Fantastic homepage and and film!  I’m not capable of judging the technology or the content of your project, but if you make this snowball roll the sky is the limit!  I wait for the IPO – hope for a 2015 breakthrough!”    E.G.  January 12th 2013

“Hi and Happy New Year!   Fun film!  I believe in short films like this with a pointed message mediated in an understandable fashion.   The challenge is to have it reach the target audiences – and short messages get easier through the information overflow than long messages.   Good choice. «   E.M.  January 26th 2013