Skip to content
Home/Applications, Recent-events/Fusionfarming to the rescue – viable solution for reduction of ammonia levels in livestock shelters
Previous Next

The Norwegian Labour Inspection Authority has circulated for comments a proposal to reduce the acceptable ammonia levels in the air in animal rooms from 25 ppm to 5 ppm. The Farmer’s

Association has responded on behalf of the Norwegian livestock producers, saying this will be impossible to achieve as it will require extensive modifications to all existing livestock shelters at a cost that will potentially bankrupt the entire industry.   N2 Applied has informed the Farmer’s Association that fusion farming and the N Fix technology would provide a solution to this challenge.

Ammonia diffusing to air is a challenge within agriculture, especially in livestock shelters.  The diffusion derives most significantly from biological processes releasing ammonia from manure, and also where ammonia is used to enhance digestibility of livestock feed like straw. Ammonia is a health risk and diffusion of ammonia to air represents challenges related to

The release of ammonia to air creates health and animal welfare issues while at the same time it represents opportunities:

The combination of livestock health and business considerations has traditionally had high awareness within the poultry community, now additional sectors are joining in.

The public health perspective has been brought stronger to our attention through The Norwegian Labour Inspection’s  proposed changes to ”Regulations on Administrative standards for pollution of the atmosphere in working environments “(see The Labour Inspection’s comment letter).

Ammonia in agriculture is first and foremost the result of biological processes associated with the release of ammonia from manure. These processes are not industrially regulated, but a result of quite a few variables.  Ammonia exposure varies with:

By combining chemistry and physics ammonia can be prevented from diffusing and prevented from running off. Technology which prevents ammonia diffusing from manure exists as do technology to capture released ammonia, but neither of these have yet been tested in operation.  A potential joint project will test the technology in everyday operation.  This is needed in order to

If the theory and the technology work as expected, the project could lay the foundation for greater use and value of nitrogen as fertilizer (resource perspective). 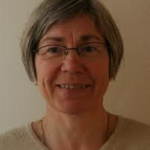 As of today (March 2013) the invited parties are evaluating the proposition,  and Inger Johanne Sikkeland, Advisor in The Norwegian Farmer’s Association, is awaiting their feedback. (Nortura, Tine, Norsvin, Bioforsk, UMB, Animalia)

In N2 Applied – given the backdrop of Klimameldingen as well as The Gothenbourg Protocol – we much believe the issue is important.  And we believe fusion farming can come to rescue.  We look forward to verify the N fix technology in practice and document the results.   Maybe The Norwegian Labour Inspection Authority’s proposal to reduce the acceptable ammonia levels in the air in animal rooms from 25 ppm to 5 ppm is within reach.

Could this be an interesting verification project to participate in for you and your company – or your farm?  Let us know!