Skip to content
Home/Recent-events, Uncategorized/N2 Applied in media
Previous Next

There is a first for everything.  For N2 Applied this week’s article in Teknisk Ukeblad (September 26th 2013) is the first time we have gone public with what we know and what we are set to accomplish. A milestone for us.  The occasion was Birkeland – the Birkeland Price and the Birkeland lecture taking place at Vitenskapsakademiet in Oslo, Norway.  Teknisk Ukeblad wanted to salute the distinguished scientist, and journalist Odd Richard Valmot did so by linking it to N2 Applied’s “Birkeland Revisited” initiative.  You can read the article here – in Norwegian.  More Food and Less Pollution – Teknisk Ukeblad September 26th 2013

On the front page TU says:  “Norwegian technology may make the world greener – Kristian Birkeland’s electric arc is back.” 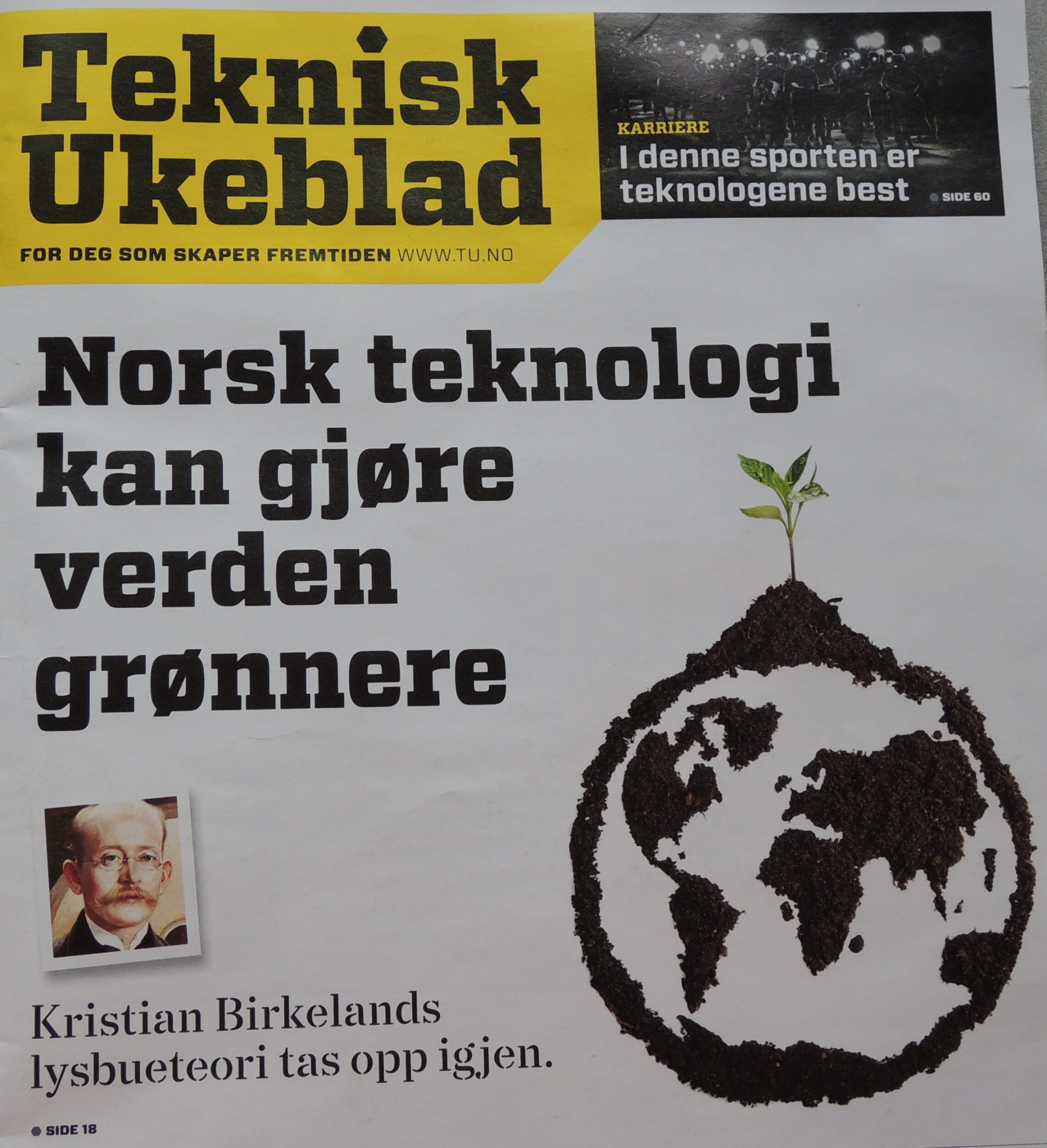 The six page long article inside the magazine is titled:  “More food and less pollution.  A norwegian company is lifting the Birkeland heritage to feed the worlds rapidly growing population.”

Inside the article N2 Applied’s combined CEO and R&D manager Rune Ingels is quoted: “The result is that we almost double the nitrogen effect of fertilizer – both through stopping losses and through adding nitrogen through the plasma arc process.  As important is the cost perspective – the equipment  is inexpensive small scale and enables local fertilizer production – everywhere.”