Yellow smoke was the key attraction when 120 neighboring farmers, family, friends and business partners gathered at Strand Gard to attend the inauguration of the N2Applied Test Centre in Norway. Proclaiming high hopes and strong ambitions, the entrepreneurs started the reactor and presented proof of concept to the enthusiastic crowd. The smoke was definitely yellow.

For months, August 22nd 2015 has served as our absolute deadline, – for completing works on the building, the farm, the infrastructure, the pilot plant, the technology, the party. Everything was to culminate on this day, and didn’t it just!

Strand Gard welcomed the excited guests on a lovely summer day. The beautiful countryside surroundings with its greenest fields and forests, the river lazily streaming by, all framing the courtyard where the brand new N2 Applied pennant was waving in a slow breeze. What a perfect day for celebrations!

Our guest of honour was Professor Kristian Birkeland, albeit through stand-in. For the occasion, he was personified by Helle Ingels in perfect disguise.

The inauguration was deliberately set in a rustic and unpretentious atmosphere with a luncheon in a barn. A few causeries set the context and drew the industrial lines to the Kongsberg Silvermines, the 13th generation ancestors at Strand farm, the legacy from Telemark, Notodden and Norsk Hydro. 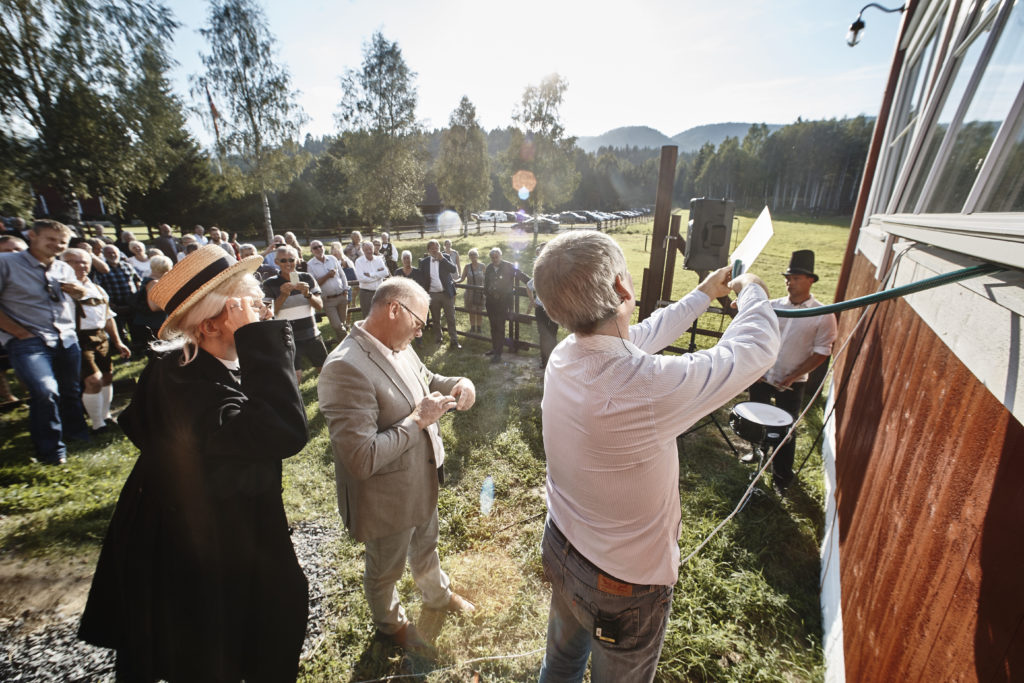 The R&D department had committed to Business Development that yellow smoke would happen. And it did! Rune Ingels and Ferdinand Stempfer (inside the building) getting the job done – Professor Birkeland verifying.

Our guest of honour was Professor Kristian Birkeland, albeit by stand-in. For the occasion, he was personified by Helle Ingels in perfect disguise. As such, he expressed slightly arrogant interest coupled with visible doubt to the very thought of anyone being able to succeed in this venture. But alas, the unexpected appearance of his suitcase from 1917 with his documents and sketches from the ten years he spent in Egypt was convincing. Professor Birkeland and Rune Ingels jointly cut the cord and led the way to a guided tour through the new test centre where new industrial history will be written. 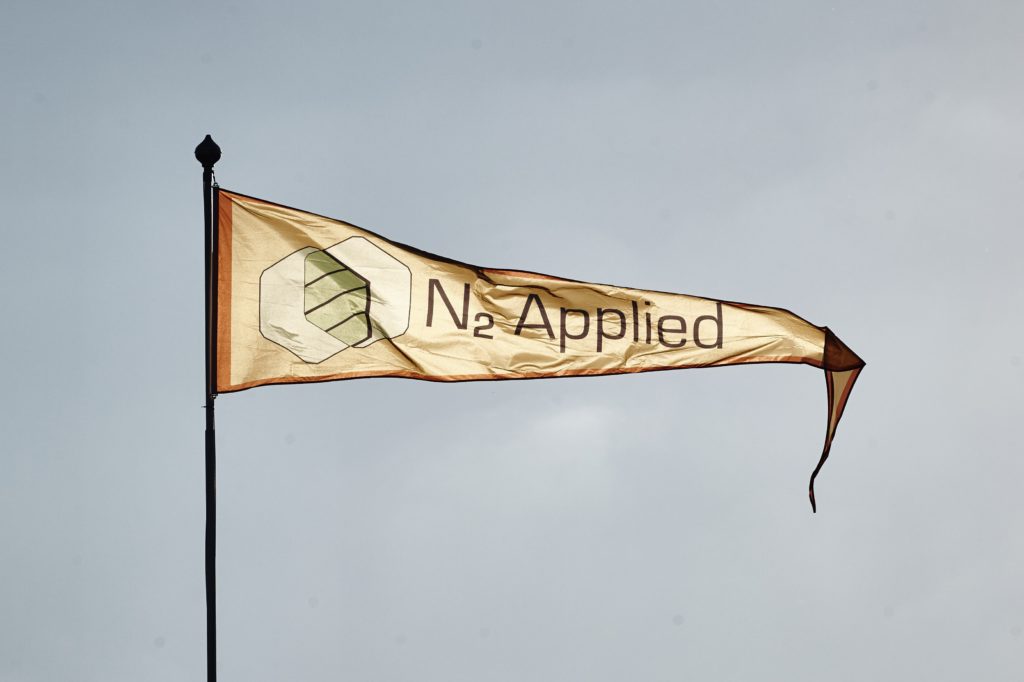 The N2 Applied pennant waving for the first time. Designed by Astri Stokke.

Then there was time for the first ever running of the newly installed reactor to produce the main attraction of the day, — yellow smoke. Much anxiety and efforts were associated with this “performance”. Not that we hadn’t done it before, but for this event, the entire “eco-system” supporting the development team had to be moved from Austria to Norway. That’s what it took to demonstrate to the 120 guests that we are up to speed. 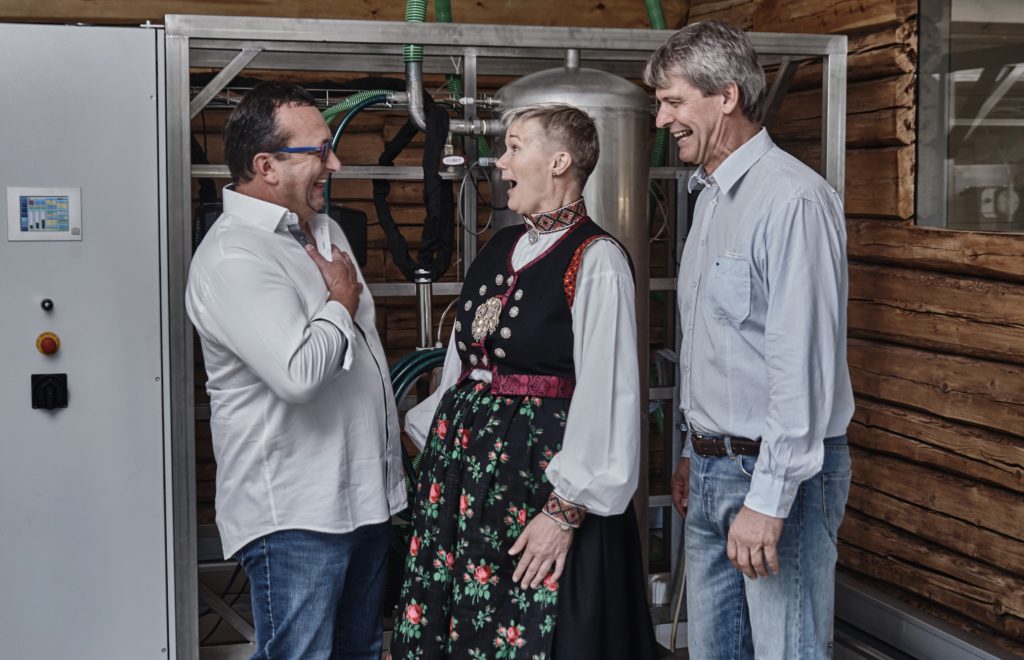 We cannot wait to receive current and potential partners and customers to the test centre to show how we have realized the Birkeland innovation, and to demonstrate the solution in surroundings perfectly set for the purpose. 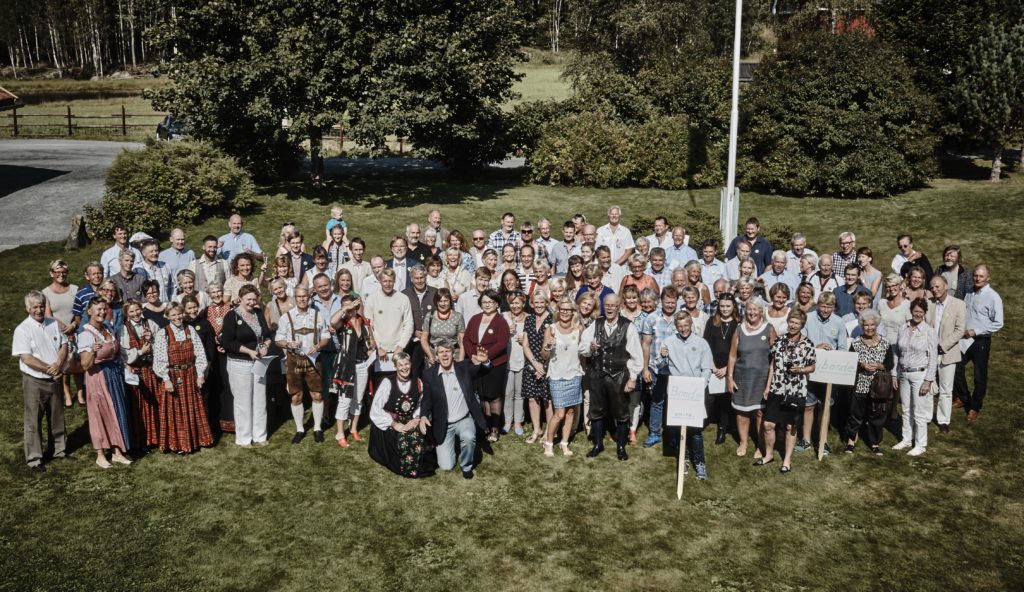 Thank you to our close supporters!