To honor Professor Kristian Birkeland and the people who influenced his work and life, N2 Applied has named the first five 2018 test reactors after members of Birkeland’s sphere of influence. 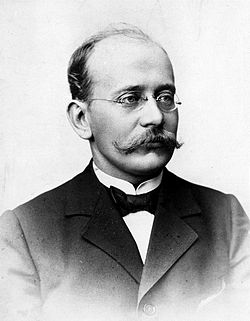 Kristian Olaf Birkeland (1867-1917) was a Norwegian scientist. He is best remembered as the person who first elucidated the nature of the Aurora borealis. In order to fund his research on the Aurorae, he invented the electromagnetic cannon and the Birkeland-Eyde process of fixing nitrogen from the air.

Professor Birkeland was a multi-talented scientist and inventor, covering topics from outer space down to ballistic weapons, food processing and mathematics.  His ability to cross scientific borders and challenge the establishment gave him advantages and enemies. Birkeland was nominated for the Nobel Prize seven times, but his entrepreneur partner in the development of the electric arc plasma generator, Samuel Eyde, interfered with his nominations. Despite the nominations the Royal Society of London, who at that time was regarded as the world’s most prestigious center of advanced scientific research, never accepted his theories about the aurora borealis.

Professor Birkeland was famous for his capability to do experiments, and his giant leaps forward, when he was onto something.  From the idea for the nitrogen fixation was conceived in 1903, it only took two years till the first industrial production plant was established.

This development was only possible through a combination of Professor Birkeland’s strongest sides: 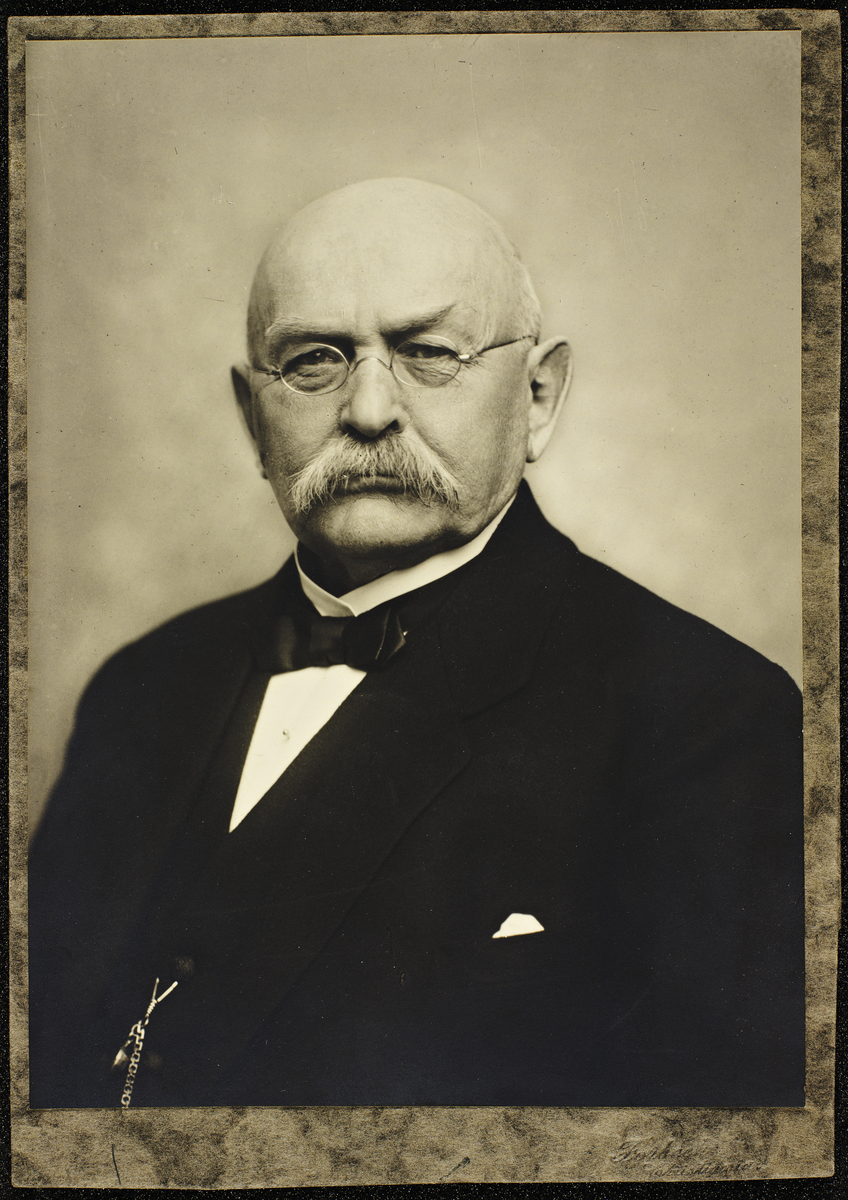 Aanon Gunerius Knudsen, or Gunnar Knudsen (1848-1928) is perhaps best known as Norway’s prime minister for two periods, but he was also a well-respected politician for “Venstre”, shipowner, engineer and industrialist.

He married Sofie Cappelen, only heir of Borgestad farm, and in addition to all other engagements they ran the family farm from 1885.

As an industrialist he established Norway’s first commercial power station, Laugstol bruk. He also contributed to the establishment of, among others, Porsgrunds Porcelain Factory and Borgestad factories. This factory produced refractory stone and succeeded in making a high temperature resistant liner to the arc furnaces (Birkeland-Eyde ovens).

In 1903, Gunnar Knudsen and his daughter Lulli Knudsen held a dinner party at Gunnar’s apartment in Ullevaalsveien, Christiania. Birkeland was invited, as Gunnar was eager to hear about Birkeland’s discovery’s after a large aurora borealis expedition in Finnmark. Little did they know, that this dinner on Friday, 13th February 1903, should enter the history books as the beginning of a new era within agriculture. This dinner party is namely where Kristian Birkeland and Samuel Eyde met for the first time.

Through dinner parties with mutual friends Birkeland met the teacher, Ida Augusta Charlotte Hammer (1863-1926). Ida’s family came from Raade(Råde), she had five sisters and her father was the priest Christoffer Johannes Hammer. Her mother was Justine Marie Agnete Mohn, sister of Henrik Mohn who was a close friend and supporter of Birkeland.

On 15th May 1905, Ida and Kristian married, but the wedding was not well accepted by Ida’s family. This due to the reasons that her family had not met Birkeland, he was younger than Ida, he had developed a canon and he was an atheist. For these reasons her family did not participate in the wedding.

Stories about the wedding leave no doubt that Birkeland was dedicated to his work. The same day as the wedding, he lectured at the university and he went straight from class to the wedding. There was no time for honeymoon either, as Birkeland was in full swing building the test factory for production of nitrogen fertilizer, and shortly after the wedding Ida and Kristian went to Notodden.

It might not be a surprise that they did not live happily ever after, and Birkeland’s short career as a husband ended in 1909 when Ida and Kristian got separated. Birkeland took the blame for the non-function marriage and he put up a fond that would give her 5000 kroner per year as long as she lived and did not remarry. 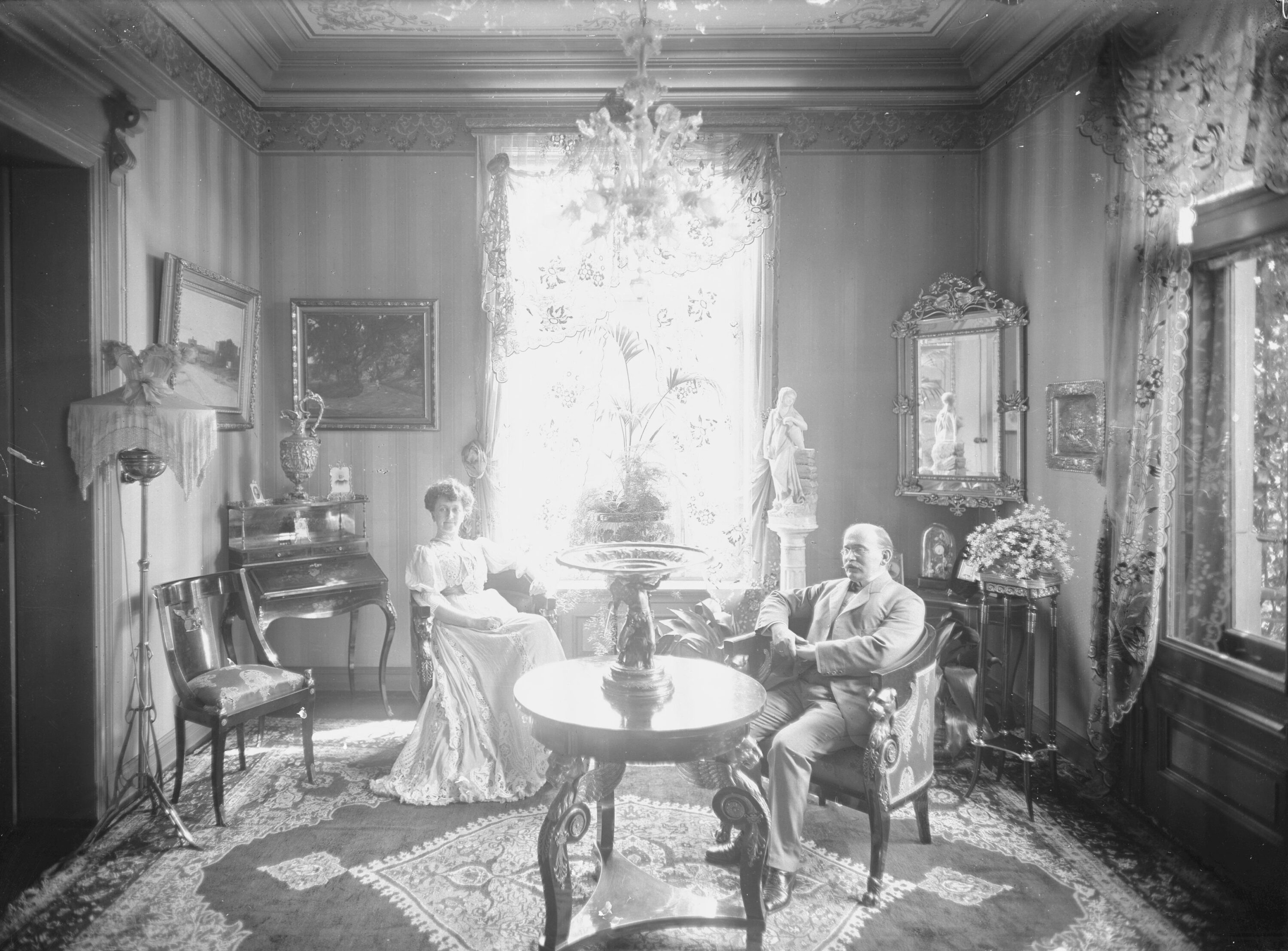 Birkeland and his wife Ida in their home in Inkognitogaten Photo: Severin Worm-Petersen 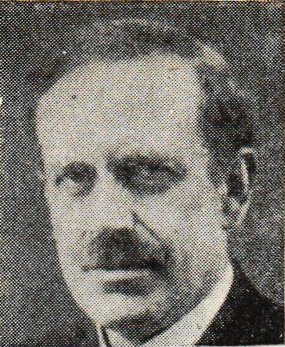 In 1908, Ole Andreas Krogness (1886-1934) started as Birkeland’s assistant. He was one of Birkeland’s most important assistants, and later he became a trustworthy colleague. His specialty was the processing of the geomagnetic registrations, but he was also a skilled instrumentalist. He was with Birkeland on several expeditions, and he also contributed to the great work that Birkeland did about magnetic storms – The Norwegian Aurora Polaris Expedition 1902-03.

In 1912, Ole Krogness completed his cand.real. degree with physics as main subject, and the same year he became the first director of the Haldde Observatory. He married Dagny Vegerd Guldberg in 1912 and together they got five children.

Together with Olav Devik, also an earlier assistant of Birkeland, he established the geophysical institute in Tromsø in 1918, and from 1928 he was professor of earth magnetism and cosmic physics at Bergen Museum.

Samuel Eyde (1866-1940) was a Norwegian engineer and industrialist. He played an important role in the modernization and industrial development in Norway through the first decades of the 20th century.

Sam Eyde was visionary when it came to hydropower development in Norway. Already in the late 1890’s, he secured rights to hydropower development in Telemark. There was no doubt that the waterfalls could form the basis for industrial development, but at that time, Eyde and his partners had no clear idea of what the waterfalls could be used for. The most profitable would be power intensive industry such as the aluminum industry or the iron and steel industry. But a conversation with Birkeland at the historical dinner party in 1903, was about to change that. 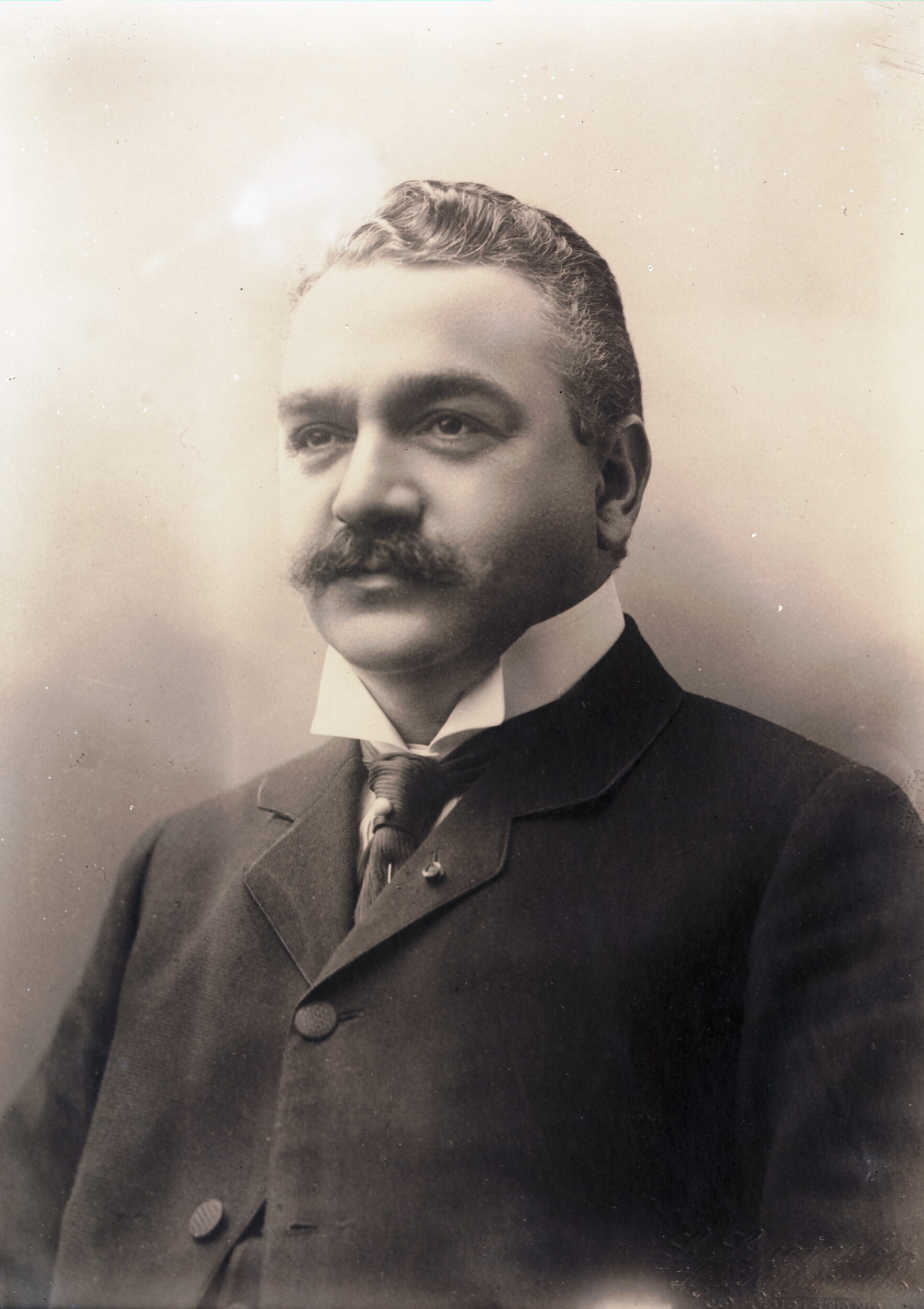 In history books the conversation is rendered something like this:

Birkeland told Eyde about his observations during the work with the electric cannon – of the electricity’s ability to separate the nitrogen from air.

When Eyde heard about this he became particularly interested to hear what Birkeland had to share, and he came with the following statement: “My highest desire, is to have the most powerful electrical discharge available on earth.”

To this, Birkeland answered: “I can provide you with that, Mr. Eyde.”

What Birkeland had in mind was his attempt to develop the electromagnetic gun. The professor had repeatedly experienced that the cannon shortened. When Eyde realized that there were large amounts of energy involved in this process, he was even more eager to learn more about it. During the dinner, Birkeland and Eyde agreed to meet again the next day to discuss a new method of binding the substance in the air.